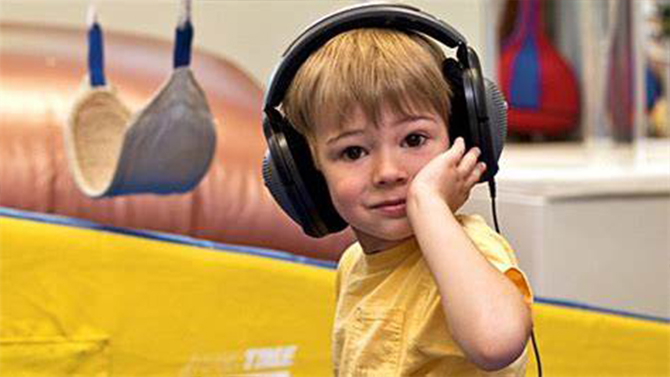 Autism Spectrum Disorder (ASD) is a neurodevelopmental condition characterized by challenges with social skills, speech/nonverbal communication, and restrictive/repetitive behaviors. The Centers for Disease Control (CDC) declared that in the United States, 1 in 54 children have Autism. ASD is a lifelong condition and is normally diagnosed at age 2 or 3; however, signs of Autism can be detected as early as 18 months. It is important to understand that there is no one type of Autism, but many subtypes. These subtypes are most likely influenced by a combination of genetic and environmental factors. Additionally, Autism is a spectrum disorder, meaning each person with Autism has a distinct set of strengths and challenges. Because every individual has a different type of Autism, it is hard to find a “cure-all” for the condition. Instead, we should focus our efforts to help individuals navigate Autism challenges; so that living with Autism can be a bit more manageable.

As mentioned above; because there is no “cure-all” to Autism, there are three categories of therapeutic intervention that can help children with ASD. These three intervention categories target the three common conditions ASD presents. The first category is pure behavioral methods. This approach allows for an Autism specialist to do a comprehensive analysis of the child’s behavior. Then, while using positive reinforcement methods the goal is to promote well-adapted behaviors for the child. A common practice of this therapeutic intervention is Applied Behavior Analysis or ABA therapy. The second category is developmental methods. This approach allows for a therapist to understand the child’s interests and follows their initiatives to promote communication using the skills of imitation and synchrony. A common practice of this therapeutic intervention is floor time or the Early Start Denver Model (ESDM). The last category is mixed methods. This approach targets the difficulties experienced in social interaction and communication. In particular, these difficulties are joint attention, imitation, synchrony, emotional sharing, and symbolic play. A common practice of this therapeutic intervention is the Treatment and Education of Autistic and Communication Handicapped Children (TEACCH).

It is also important to understand that effective intervention for ASD has multiple criteria. The child must have intensive interventions (at least 3–4 h per day), provided at an early age, tailored to the patient’s developmental needs, promoting family inclusion and spontaneous communication with peers. Also, the intervention must have repeated assessment of therapeutic goals based on the child’s progress.

What is Music Therapy?

Music therapy is an evidence-based approach that uses music within a therapeutic relationship to address a patient’s physical, emotional, cognitive, and social needs. Historically speaking, the healing principles of music have been around for some time. From the biblical scene of David playing the harp in the Gnaoua ritual to 18th-century psychiatrist Philippe Pinel pushing for music therapy to be mainstream, there are anecdotal testimonies that music has a healing effect. Leo Kanner discovered the therapeutic benefits of music for children with Autism. He observed that some non-verbal kids with Autism can sing or hum. Some other children can recognize complex melodies. Current research on music therapy usually distinguishes three effective music intervention techniques: music listening, interactive/educational music therapy, and improvisational music therapy. Music listening is an informal approach that allows for the child to listen to their desired music in a controlled environment. Interactive/educational music therapy is a structured method including techniques for educational purposes or musical games. Improvisational music therapy uses music production to promote spontaneous non-verbal communication.

For children with Autism, music therapy is regarded as a way of promoting preverbal communication through the improvement of joint attention, motor imitation, and synchronous rhythm. Music therapy has also been used to enhance some cognitive functions, such as attention or memory. Also, music therapy can help with improving sociability. In a 2018 study, fifty-one participants in the age range 6–12 years were assessed at baseline and randomly assigned to music or non-music intervention. These participants received a combination of the three music intervention techniques. The individuals that received music intervention showed an enhanced intrinsic reward system. Music helped these children get personal fulfillment from the completion of an activity, which overall helped with their sociability. This is because they got a new sense of confidence that allowed them to share their success with others. Also, musical elements provide a sense of security and familiarity for kids with ASD, thus encouraging them to attempt new tasks in a predictable but malleable framework.

It was then found that music can modify the brain and behavior in children with Autism by improving brain connectivity. Previous research shows children with Autism struggle from overconnectivity in the brain. This means that there is too much stimulation in brain activity, which is hindering a child’s ability to control their actions. The 2018 study proved that music intervention allowed the kids to have more control of their actions. For example, the individuals that received music therapy had greater activity in their subcortical regions of the hippocampus and thalamus. The hippocampus has a major role in learning and memory. Children with Autism tend to suffer from an enlarged hippocampus, and this often correlates with random activity, hindering their chances for optimal learning and memory retention. Music helped control the symptoms that come from an enlarged hippocampus; therefore, giving children with Autism the opportunity to engage in learning activities. The thalamus controls regulating arousal, the level of awareness, and activity. Music intervention showed that children with Autism were able to have a better control of their awareness which correlated with a more accepting attitude in their day-to-day life. It was also discovered that the frontal-motor region in the brain also had elevated activity. This means that music developmentally helped a kid with Autism by allowing for more coordination on day-to-day tasks like walking and drinking a cup of water. Lastly, the study found better control between the auditory thalamic, subcortical thalamic, and striatal regions which directly related to improvements in communication.

Behaviorally speaking, music intervention demonstrated promising results for children with Autism as well. It was proven that these kids had improvements in communication and family interaction. This was determined through the Children’s Communication Checklist (CCC-2) and Family Quality of Life (FOQL) scale. It was also discovered that maladaptive behaviors significantly reduced when music intervention was at play.

It is clear that music intervention has a positive influence on controlling certain symptoms typical to ASD. Music helps modulate the domain-general sensory and cognitive processes, which overall impact behavior. It is important to note that ASD behaviors are longterm meaning they are with the child their entire life. However, with therapeutic interventions like music therapy, typical ASD behaviors can be regulated because it is reducing overconnectivity in the brain. In the future to fully understand the power of music therapy in Autism, researchers should focus on the underlying neural mechanism that is changing brain connectivity. Understanding this connection can give us a better grasp of the correlation between brain connectivity and typical ASD behaviors.

“Where words fail, music speaks,” as the writer Hans Christian Andersen put it. Music therapy can open doors, especially to combat neurological conditions like ASD. Music therapy can be considered a safe intervention in pediatric health care to alleviate symptoms and improve quality of life. For neurological disorders like ASD, music therapy should be considered in conjunction with other established therapy approaches. Music therapy is very easy to implement into clinical practices and should be considered a treatment option for people with ASD. However, it is important to note that beneficial music intervention requires many criteria that cannot be exploited. There must be specialized academic and clinical training for the music therapy administrators. Also, there must be a careful selection of music intervention techniques that fit the needs of the child. Music therapy is an individualized treatment option meaning its interventions vary from person to person. Once these criterias are met, the chance for music therapy to change one’s life for the better is limitless.