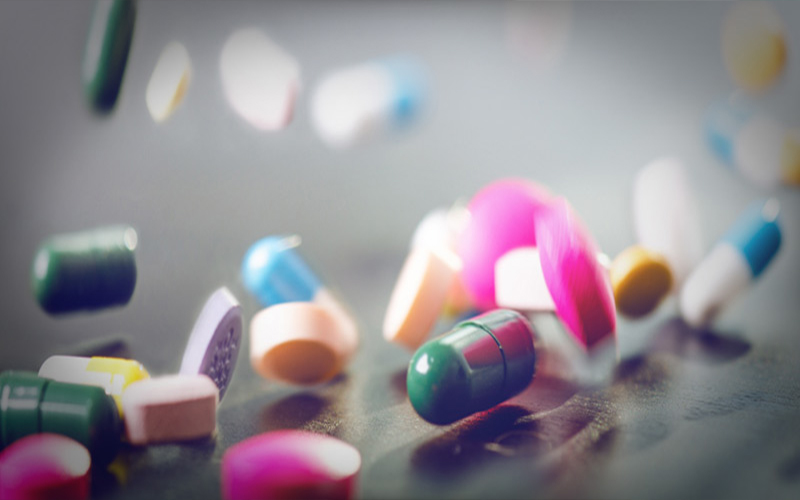 The Ultimate Guide to Supplements for Autism

According to the CDC, autism spectrum disorders (ASD) affects approximately 1 in 40 children.

Autism is a chronic condition that impacts social interaction, language, and communication. Children with autism may also engage in stereotypical/repetitive behaviors.

There are several promising treatment options for children with autism, including, but not limited to, behavior therapy, occupational and speech therapy, play therapy and medication options to manage behavioral symptoms.

Another option that has proven to be very helpful is dietary improvements, through both diet changes and supplementation.

In this article, we will explore in-depth the most common dietary supplements used by families with children with autism.

It should be noted that before beginning any type of supplement regimen for your child, it is always important to consult with their pediatrician.

SUPPLEMENTS TO CONSIDER FOR AUTISM

Vitamin D has been found to have an effect on the neurotransmitters in the brain. It assists the brain with forming new connections and strengthening connections that are already present.

Findings from this study indicate that a proper dosage of Vitamin D supplement could help to improve some of the core symptoms associated with ASD and may be one to further discuss with your child’s doctor.

Oxytocin is a chemical that is produced naturally within the brain. This chemical has an effect on the part of the brain associated with social bonding and social interactions.

The authors of these studies indicate oxytocin treatment could be a promising option in terms of improving certain social behaviors, however, more clinical studies are needed to establish effectiveness.

Vitamin B6 and Magnesium

Vitamin B6 is responsible for enhancing over 60 different biological processes in the body. Vitamin B6 is found in typical multivitamins, but can also be supplemented.

This vitamin is broken down in the body by an enzyme (PLP), and some research suggests this enzyme is not as effective in children with autism. The PLP enzyme is needed for the proper production of dopamine in the body, which helps control the brain’s reward centers.

Magnesium is also a vital nutrient, ensuring proper functioning of the brain and muscle cells. Magnesium is found in many foods, especially seeds and nuts, whole grains, and leafy vegetables.

Some studies have indicated that children with autism may have a magnesium deficiency, though the specific cause of this is still unknown.

Vitamin B6 and magnesium are typically supplemented together, as B6 can sometimes cause unpleasant symptoms, such as upset stomach, and the magnesium appears to counteract this.

Research is varied when it comes to the effectiveness of these supplements for children with ASD. Two small, but well-controlled studies found no effects of combined Vitamin B6 and magnesium therapy. Another larger, but less rigorous study found an increase in positive behavior in children who took these supplements.

Melatonin is a hormone produced in the body that is responsible for regulating our sleep/wake cycles.

Often, children with autism have difficulties with sleep and therefore it is frequently used to treat insomnia, or difficulty with falling asleep and/or staying asleep).

Several studies have found a relationship between low melatonin levels and the severity of autism symptoms in children. Research examining the effectiveness of melatonin supplementation for ASD has been promising, with several well-control studies indicating an improvement in sleep duration and more positive daytime behaviors. In these studies, the side effects of melatonin were found to be minimal to none, which is also promising.

As with all supplements, it is important to speak with your child’s pediatrician regarding proper dosing and dosage schedule before beginning any type of regimen.

Omega 3 fatty acids are essential for brain and eye development in humans.
Two types of Omega 3s are found in seafood, while the third type is found in plant oils. Several studies have shown that when compared to a control group, children with autism have low levels of omega 3 fatty acids in their systems. Fish oil is the vitamin that can be purchased over-the-counter as a way to supplement omega 3s.

N-acetylcysteine (NAC) is a supplement that increases the levels of the body’s main antioxidant. This antioxidant is responsible for contributing to the body’s natural defense system, as they protect the body from damage from “free radicals.”

It has been thought that children with autism may have lower levels of this antioxidant, suggesting that supplementing with NAC might provide benefits.

A promising study conducted at Stanford University studied the effects of NAC on 31 children with autism. The study found that NAC supplementation lowered irritability in children with autism and reduced the children’s engagement in repetitive behaviors.

Several case studies have also been completed, suggesting NAC may help improve certain symptoms in children with autism. Though case studies are not considered highly rigorous, this does offer promising evidence that NAC may be an option to consider!

Sulforaphane is a naturally occurring compound that is found in certain vegetables, such as broccoli sprouts. It is also sold as a supplement, often named “broccoli sprout extract.” Interestingly, it has been found that fever may improve autism symptoms and researchers found that sulforaphane can trigger cellular changes often associated with fever.

Currently, there are several studies further investigating the effects of sulforaphane supplementation on symptoms for children with autism, with the hopes that more evidence will bring more conclusive answers to families interested in trying this supplement.

The B-12 vitamins are a “family” of vitamins that each play an important role in the functioning of the nervous system and body. Methyl B-12 has the ability to act on specific pathways within the brain, which results in more fuel or power for certain brain processes. It also interacts with folic acid to produce cells in the body.

It has been found that children with developmental delays have an impairment related to processing methyl B-12 within the body. Methyl B-12 is given as an injection, as a way to stimulate the impaired pathways.

A 2016 randomized control trial study examined the effects of Methyl B-12 supplements for children with autism. Results showed that the children who received the supplement clinically improved in several behavior categories, including social responsiveness.

Blood lab results also confirmed the children who were given Methyl B-12 had an improvement in certain metabolic and cellular processes. Again, this research is promising, however, is still in the beginning stages.

It should also be noted that some children receiving Methyl B-12 injections experience side effects such as hyperactivity, sleep disturbance, and self-stimulating behavior. It is important to discuss the risks and benefits of any supplement with your child’s pediatrician.

DMG and TMG are substances found in food, specifically in brown rice and liver. These substances have been found to improve certain behaviors, reduce seizures, and improve language when taken as a supplement.

Research has shown that DMG and TMG can help enhance the immune system, which may reduce seizures. Another well-controlled study documented a clinically significant decrease in undesired behaviors while taking these supplements.

It is important to note that some children tolerate DMG more than TMG and these supplements need to be properly balanced with folic acid and Vitamin B12. Your child’s pediatrician will be able to address this.

Vitamin C plays an important role in the human body, as it supports the production of neurotransmitters (chemicals that help our cells communicate) and helps protect the body against free radicals. Vitamin C is also essential for a healthy immune system.

One study found that children with autism who took Vitamin C supplements saw a significant reduction in stereotypical behaviors such as rocking, flapping hands, and pacing. The sample size in this study was relatively small (18 participants), therefore further research is needed to more fully examine the relationship between autism and Vitamin C supplementation.

The Importance of a Healthy Gut for Autism

If you’ve read our article on gut health, you know that gut bacteria has a huge impact on overall health and even behavior for those with autism! It is a diverse makeup of different strains of bacteria, where some are good and some are bad. To improve your child’s gut health by increasing the good bacteria, consider the following:

Many children with autism struggle with gastrointestinal (GI) issues, such as stomach pain, constipation, and diarrhea. There are many hypotheses regarding the cause of these symptoms, including inflammation and abnormal microbes found in the digestive tract.

Gut bacteria found within the GI tract actually act as messengers, sending signals and communicating with different parts of the body, including the brain. It is thought that an imbalance in this bacteria in the gut can have an effect on areas such as mood, attention, stress, and sleep.

More research on the potential causes is needed, however, it is clear that gastrointestinal problems are a common occurrence in children with ASD. Probiotics are live microorganisms that can provide health benefits when consumed. Generally, they are found in a supplemental powder form, but they are also found in food such as yogurt.

Probiotics help to improve or restore the balance in the GI tract. The most promising research regarding probiotics and autism has involved animal studies. One rigorous study found that the use of a certain strain of probiotic actually reduced some autism-like behaviors in mice, such as social avoidance and repetitive actions. This research has not been expanded to humans yet, however, it indicates the use of probiotics may be a beneficial supplement for children with autism.

In a randomized control trial involving 100 children with autism, it was found that receiving digestive enzyme therapy for 3 months improved emotional responses and gastrointestinal symptoms. Enzyme therapy may also be combined with probiotic supplementation as a way to further promote digestive health.

After reading about supplements for children with autism, you may be wondering where to begin and what the most effective options are.

There are many promising supplements available on the market for children with autism, however, it can be difficult to sift through the literature in order to determine the best possible treatment approach.

In most cases, only a few studies have been conducted on effectiveness, which often leads to more questions as a parent. The best place to start is with your child’s pediatrician.

Your pediatrician will examine your child’s medical history, current and past behavioral symptoms, and the current course of treatment. After carefully examining these factors, your pediatrician will be able to help you weigh the benefits and risks of certain supplements and determine the proper dosages that may help your child.

The hope is that this article provided you with a thorough overview of the most utilized supplements for children with autism so that you can further work with your child’s doctor to determine the best treatment approach. It might even be a good idea to print out this article and bring with you to your child’s next doctor’s appointment!

If you have seen the benefits of supplementation with your own child, we’d love to hear from you.